This product contains nicotine. Nicotine is addictive. Click Enter only if you are at least 18 years of age.

All prices are in NZD. Free DHL Express for orders over NZ$150 to Australia and the Pacific Islands.

Most toxins not detectable in vapour, study

A ROBUST STUDY of the vapour from a leading commercial nicotine vaping product has provided very reassuring safety data. The analysis of the Relx podvape found that 40 of the most harmful chemicals in cigarette smoke are undetectable or are at non-harmful levels in the vapour produced.

The study tested the five main categories of toxins in smoke identified by the US FDA as harmful to health. The findings were compared to a standard cigarette. 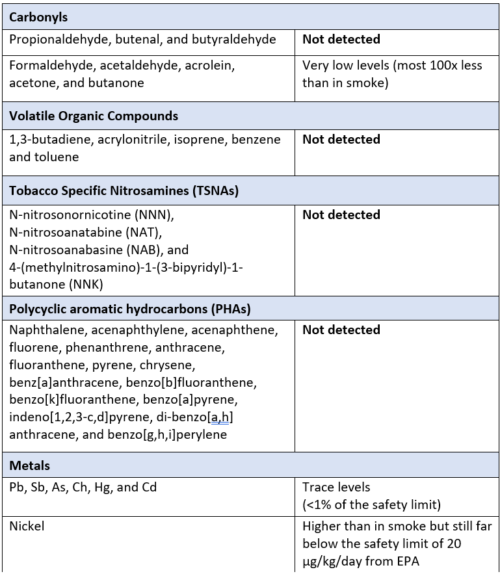 Further testing of the e-liquids in this study found no evidence of cytotoxicity (ability to kill cells) and mutagenicity (changes leading to cancer).

The study was funded by the Science Fund of Relx, peer-reviewed and published in the international Drug Testing and Analysis journal. It is good to see manufacturers doing robust research to study the safety credentials of their products and submitting it for independent scientific review.

Advice for the NHMRC

One of the fundamental principles of toxicology is that harm depends on the dose of a chemical, ie ‘the dose makes the poison’.  There are low doses of chemicals everywhere in the environment, including arsenic in tap water and nineteen known carcinogens in coffee. The important question is whether the dose is sufficient to cause a risk to health.

In this and in most other vaping studies, the dose of toxins does not exceed accepted safety limits, such as those set for occupational or environmental standards and is much lower than in cigarette smoke, supporting the claim that vaping is much less harmful than smoking.

Australia’s peak medical body, the National Health and Research Council recently breathlessly announced that up to 200 chemicals have been detected in e-cigarette vapour. However, the mere presence of chemicals is meaningless without information on the dose involved.

This scaremongering by the NHMRC is very misleading

There is no place for misinformation in public health and the NHMRC should know better.

Dr Colin Mendelsohn. Most toxins not detectable in vapour, study